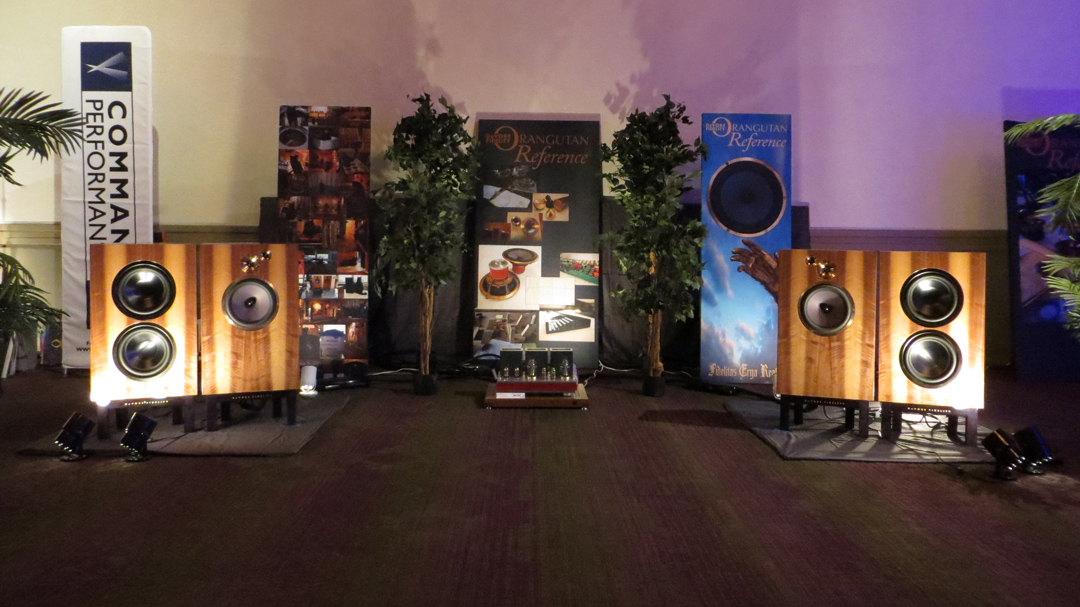 I’ve known DeVore Fidelity’s John DeVore a long time. Luxman America President Jeff Sigmund, too. I’ve reviewed a few of their products—DeVore and Luxman. These guys are salt of the earth. They’ve got tradition, they love music, they have a desire to create, a desire to serve.

Not to get all lofty here, but it’s good to know there are still true artists and great people at the core of the audiophile/hi-fi business. And while their room, presented by Jeff Fox’s Command Performance AV of Falls Church, VA, featured DeVore’s most expensive speakers and the new Luxman CL-1000 Preamplifier, which retails for $19,995, other products by these companies can be had for decent money. The tone-champ, 10Wpc Luxman SQ-N150 integrated tubed amplifier (with phono stage and tone controls), which I review in the current issue of Stereophile, is available at the very reasonable price of $2795.

All of this goes to say that when you meet an inspired artistic achievement, when you hear it, when the equipment delivers music in all its emotion, nuance, tone, naturalness, texture, openness, spatiality and sheer beauty, it’s a rare, wonderous thing. But I’m getting ahead of myself. 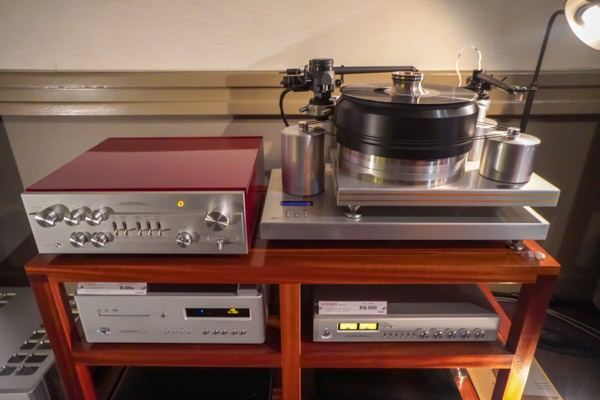 Whether playing digital or analog, or when hearing a harpist playing live in front of the system while it functioned as her backing group, here was music free of boundaries—free of anything I could think of to criticize. When DeVore played one of his favorite LPs—by German percussion group Brandt, Brauer, Frick—the meat of the drums and percussion was full of texture and palpable hand-on-skin effect, with bell and triangle sounds resonating naturally, with decaying naturally. Imaging, dynamics, and resolution were exceptional. Erik Truffaz’s vinyl disc The Mask was dry and dynamic, its ‘90s production laid beautifully bare.

No matter the material, the Luxman/DeVore system reproduced the source with a sound that was effortless and pure, music that was honest without whiz bang effects but delivering natural dynamics, spatiality, and tone. In this system, with the O/Refs, highs were pure and clean, simply wide open, natural. This was allied to a totally natural low end. When Jeff Fox played a Brian Bromberg bass solo via the Aurender, it was all tone and punch, with spooky dynamics. 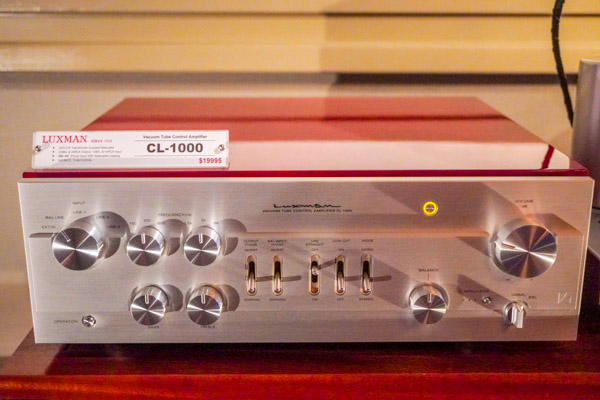 The Luxman CL-1000 is entirely hand-built in Japan. It’s built like a tank and as beautiful as sculpture. High audio art.

The O/Ref system comprises four cabinets, two per side, O/Ref/A and O/Ref/B. A has a 1” silk dome tweeter, loaded by a Bronze horn, .75” silk dome super tweeter with its own bronze horn. Both utilize rare earth magnets. The port tubes are also solid bronze. Woofers are 10” paper cones with bronze chassis. In the A box, and in B, an 11” reinforced-aluminum woofer and a passive radiator with more than 2″ of excursion, tuned below 20Hz,. Also in the B box is a dedicated 700 watt amplifier. Claimed frequency range is 16Hz–45kHz. Sensitivity is 98dB. The O/Ref is rated at 12 ohms, with a 9 ohm minimum.

You know the story of Ford challenging Ferrari in 1963? Forced to create an entirely new car from the ground up to compete with the greatest motorsport company in the world? This is like that, only audio. 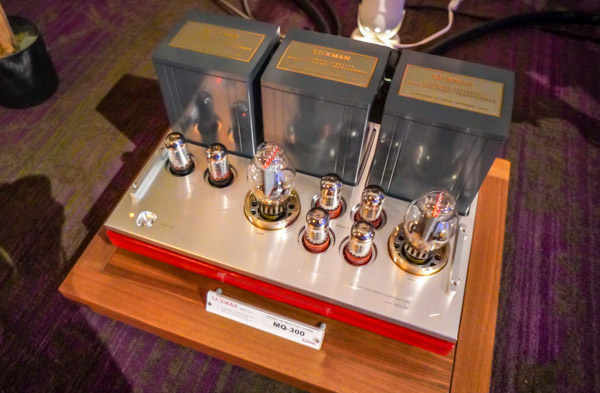