DeVore Fidelity | Made in Brooklyn 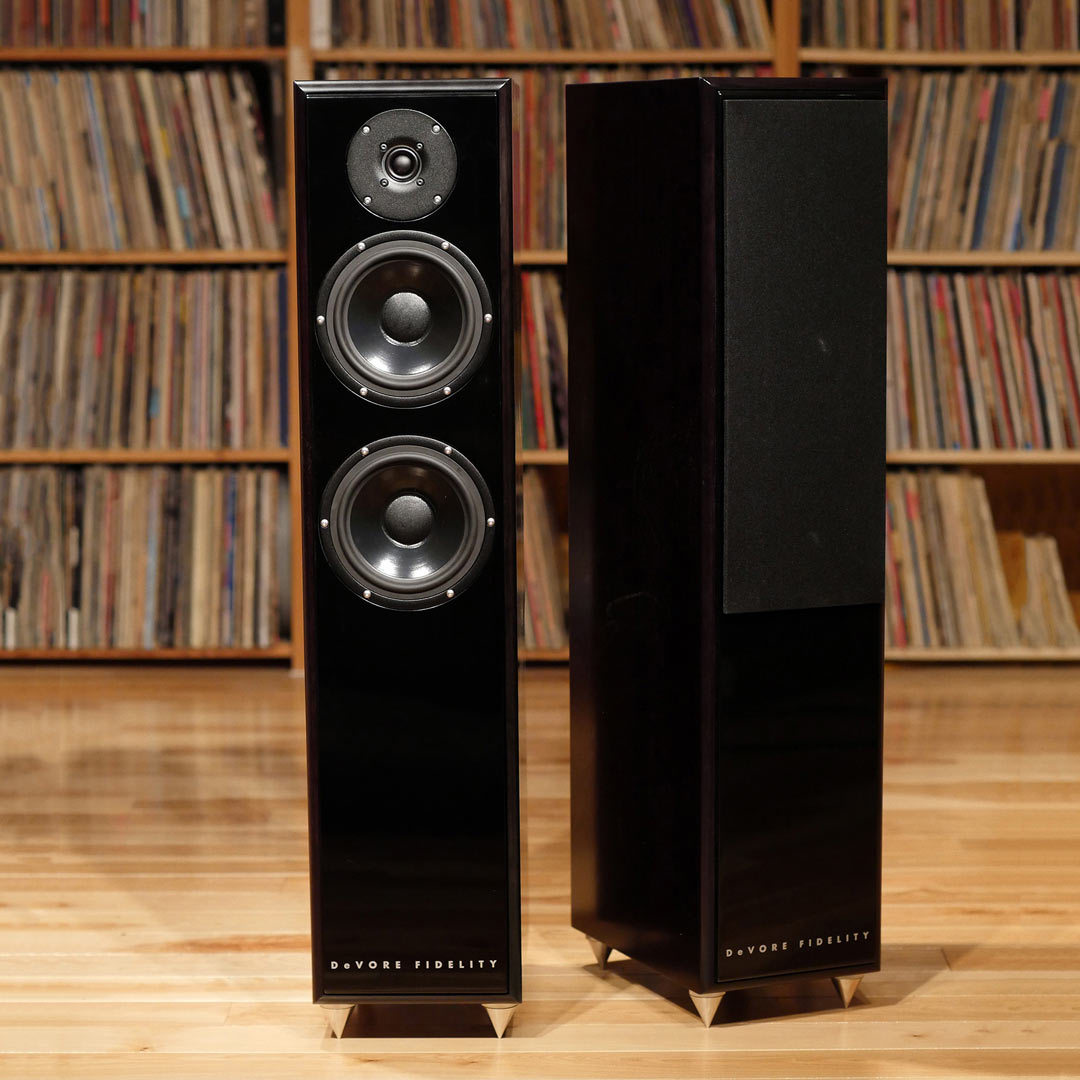 The goal at DeVore Fidelity is to create products that communicate the very life-breath of music.
DeVore believes that the best means to this end combines the art of aesthetics with the science of physics in such a way that each complements the other. Together, they yield a speaker far greater than the sum of its parts.

Founded by president and chief designer John DeVore in 2000, DeVore has been the recipient of universal acclaim for every one if its products. And John continues to push the state of the art in speaker design. John brought his 30 years of experience as a musician, 20 years of designing speakers, and 18 years of Hi-Fi industry experience to his company. And, as the Stereophile Newsletter put it in 2005:

“DeVore Fidelity is a young company, but at Home Entertainment Shows and CESes over the last half decade, its products have pulled down critical kudos and consumer raves that more established companies would kill for.”

A Four-Piece Speaker System representing the ultimate expression of the DeVore Fidelity Orangutan Series. Offering unprecedented flexibility and customization, the O/Reference can be installed in nearly any size room, and built to fit nearly any decor.

END_OF_DOCUMENT_TOKEN_TO_BE_REPLACED 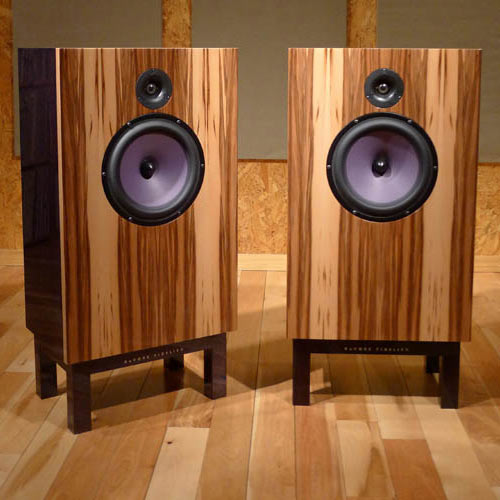 An award-winning blend of musicality and accuracy.

END_OF_DOCUMENT_TOKEN_TO_BE_REPLACED 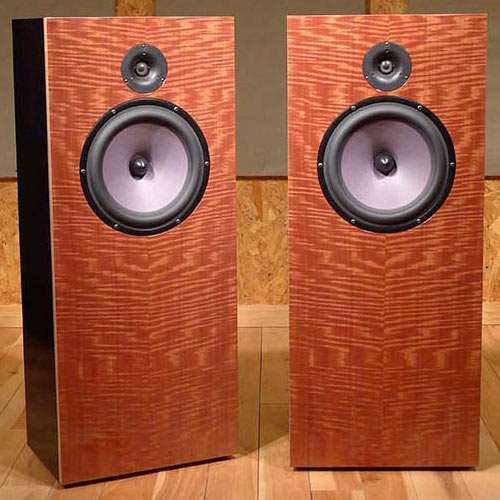 The O/93 retains much of the clarity and tonality of the O/96 at a lower sensitivity in a lower priced speaker.

END_OF_DOCUMENT_TOKEN_TO_BE_REPLACED 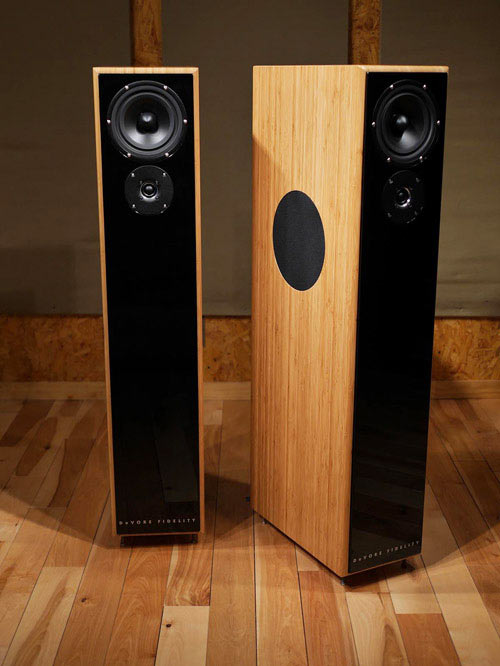 An absolutely full-range and utterly transparent reference speaker for the gibbon series.

END_OF_DOCUMENT_TOKEN_TO_BE_REPLACED

Todd Cooperider, Secrets Of Home Theater and HiFi Magazine
“This was the best sounding system I listened to all day. It had thunderous yet articulate bass, silky smooth mids, and crystal clear highs. For a price of $9,990, I think it’s a tremendous bargain. Not only do I plan to go back today for another listen, but I want to get my hands on a pair of these for review! Very impressive.”

Jim Saxon, The Audio Beat Magazine
Jimmy Award 2018
“Brooklyn’s finest. The DeVore Fidelity room is an annual must-visit thanks to my deep admiration for David versus Goliath.”

Audio Head Magazine
“When I entered the room John had some classical music on, projecting an expansive soundstage that was tonally balanced and sufficiently textured. Switching over to Jelly by Laural Halo, the low end intro really impressed across the board with a low end grip that just wouldn’t let go. The same rich tapestry rung through as with the previous track, but followed by control of the low-to-high dynamics that was equally impressive as it was focused. It was the toe tapping high fidelity experience that I was looking for, but rarely heard all week.”

John Atkinson, Stereophile Magazine
“…there were many more, but the memory I am left with is trying (and failing) to destroy the DeVore Fidelity Orangutan O/96s on Sunday afternoon with a 24/192 needledrop, from a 12” 45rpm single of Joe Walsh’s “Rocky Mountain Way.” Rock’n’roll, audio-show bliss!”

Jake Shimabukuro, Stereophile Magazine
“What I really love about these speakers is how they convey the tone of the instrument. Very natural, very warm. Some of the other systems you can get distracted by the soundstage or imaging, but this one, man, this is closest to what it sounded like in the studio when we were mixing.”

Herb Reichert, Stereophile Magazine
“I came back a second and third time and got to experience this Sugden gear driving Dee-Vore’s flagship speaker, the Gibbon X, and all I can say is: Wow! Dang!.”

Rafe Arnott, Part-Time Audiophile
“Once again, one of my absolutely favourite-sounding rooms in Denver.”

Jason Victor Serinus, Stereophile Magazine
“Most notable, from my perspective, were several stunning wins. The first, which addressed loudspeakers at both ends of the price spectrum, is that DeVore Fidelity and Wilson Audio both won awards for their products. DeVore’s Orangutan 0/93 snared ‘Floor-Standing Speakers under 15,000 EUR.'”

Graham Nash, Stereophile Magazine
“I think these [gibbon Xs] are built for real living rooms. Yes, they were fabulous.”

Rafe Arnott, Part-Time Audiophile
“This was such a relaxed, nuanced, and heartfelt sound, and DeVore, and Halpern always spin the most engaging records, so whenever you find yourself near the room you can’t help but be pulled into it just because of the great tunes always wafting out of the door. For price point, simplicity, and sheer, unbridled musicality this room was a true standout at the show.”

Scott Hull, The Audio Traveller
“I will say that this may have been the most impressive sounding room at the show. Yeah, I’ll stick to that.”

Chris Martens, HiFi Plus, The Absolute Sound
“To my way of thinking the Gibbon X may stand the most well-rounded and capable of them all. What is more, I see the Gibbon X as a speaker likely to enjoy transcontinental appeal, in that it sounds somewhat like a perfect merger of the sonic virtues I have heard from great American and British loudspeaker in the past.”

Rafe Arnott, Part Time Audiophile
“…the sound was incredibly impactful, dynamic, room-filling and had the delicacy of timbre and tone that I’ve come to expect from the O/96 and O/93 models. Textural reproduction and detail on drums, horns and voices was staggering, and left me shaking my head at what this final, production iteration of the Gibbon X was capable of.”

Michael Lavorgna, AudioStream
“I thought the system sounded just like music. Like real, honest to goodness, sit back, relax, and lose yourself in it music.”

Steve Guttenberg, c/net
“Gorgeous audio designed to look as great as it sounds. Made in Brooklyn, the Gibbon X will please the most discerning audiophiles.”

Steve Guttenberg, c/net
“Listening to a Miles Davis LP over the made-in-Brooklyn DeVore Fidelity Gibbon X speakers made me smile. There was something about the sound of Davis’ trumpet that really connected with me, probably because trumpets rarely sound this natural over speakers.”

Jason Serinus, Stereophile Magazine
“But I’d really like to conclude by saying, ‘Bless you, John DeVore.’ …excellent dynamics, a much greater sense of space, a more realistic expanse. The sonorities were so lovely, warm and inviting—the softness so captivating—that I felt I could listen all day.”

“I’m a big fan of his Orangutan O/93 Loudspeaker. The gibbon X had the same DNA but did seem to have a more punchy presentation—but just as refined and musical as the Orangutan.”

Myles Astor, Positive Feedback
“Just to prove money doesn’t always buy you happiness, John new three way Gibbon-X speakers driven by the punchy VTL S-200 proved that one doesn’t need to spend a small fortune to get good sound. In fact, I continue to be amazed how John’s speakers, no matter what the room or equipment (ARC, Line Magnetics, VTL or say Shindo) always sound musical.”

Steve Lefkowicz, Positive Feedback
“I’ve never heard a system with DeVore Fidelity speakers where I wasn’t totally impressed. This time around, showing the Gibbon Xs continued that streak. The Gibbon X had the combination of beautiful sound with a degree of power and finesse that was downright inspiring.”

Chris Martens, HiFi Plus
“We have often admired loudspeaker designs from John DeVore in the past, but with his new Gibbon X floorstanders it appears that DeVore has taken a quantum leap up into the upper echelon of high-end loudspeaker manufacturers. The Gibbon X delivered an exceptionally detailed and articulate sound, exhibited more or less full-range sound with exceptional treble extension and deep, solid bass, plus extraordinarily expressive dynamics (again, showing the influence of the Orangutan models). Imaging was eerily three-dimensional as well, making the Gibbon X a viable candidate for best sound of the show.”

Jason Kennedy, The Ear
“The Gibbon X is a lovely speaker in both looks and sound, but the latter is its strong point. The aforementioned vinyl delivering acres of reverb and sounding highly coherent despite the slightly abstract nature of the material.”

Brent Butterworth, About.com
“Technically, neither the DeVore Fidelity Orangutan O/96 speaker you see in the foreground nor the O/93 you see in the background are new; but I wanted to include this room in my RMAF because DeVore Fidelity founder and Chris and Dale Shepherd from Eugene Hi-Fi put on what might have been the best stereo demo I’ve ever heard.”

“The system delivered so much resolution that it completely drew me in, waiting impatiently to hear what new details and nuances each vocal line would reveal. Overall, the sound combined the character of vintage components with the precision of the latest audio gear, and none of the downsides of either.”

Steve Guttenberg, c/net
“Brooklyn’s Devore Fidelity was making great sounds in Denver. I love the look of its Orangutan speakers. It’s old school and contemporary, but the sound is strictly high-resolution modern.”

Robert Harley, The Absolute Sound Magazine
“For those of you looking for the ideal speaker for low-powered tube amplifiers, there is the DeVore Fidelity Orangutan O/93, a two way in a retro-looking wide-baffle enclosure. The Orangutan O/93, with a flat impedance curve and a sensitivity of 94dB, sounded plenty dynamic when driven by the 8W 300B-based SET from LM Audio. The sound had an immediacy and verve missing from many of the exhibits.”

Scott Hull, The Absolute Sound
“The big Orangutans never fail to surprise me with their big sound, tonal richness and full frequency range reproduction. This room was like suddenly and unexpectedly coming across an old friend, and I was very tempted to stay. Suffice it to say that I’m a fan!”